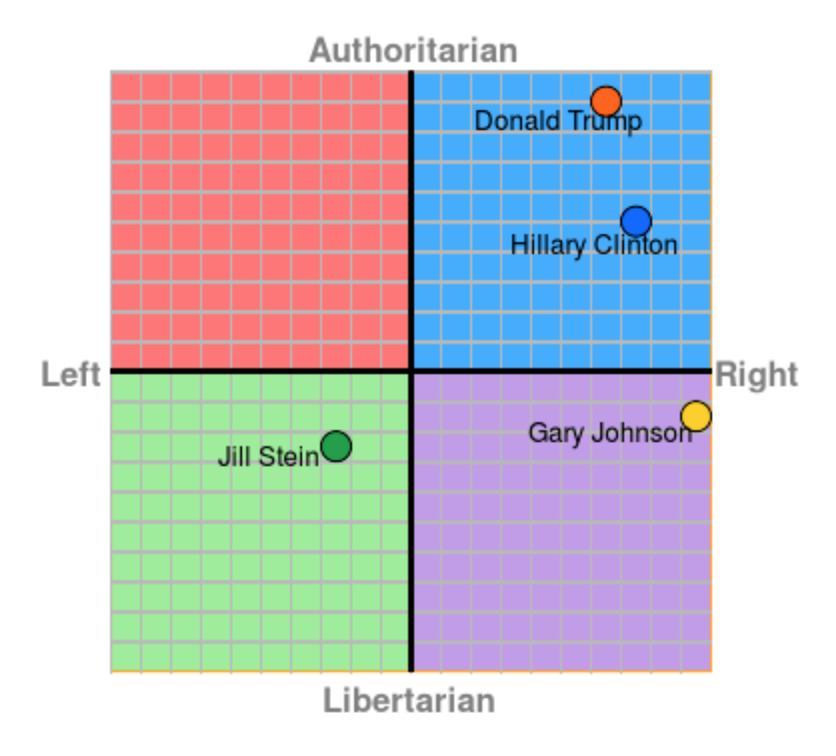 This is generally how political leanings are defined today, but technologies like Bitcoin and end-to-end encryption are changing that as our digital lives become, in some ways, more important than what we do in the real, physical world.

As technologists have explained to lawmakers around the world over and over again, encryption is either secure or it isn’t. Backdoors for law enforcement do not work because they create security holes. Either the encrypted messages you send over the internet are private or they aren’t.

This leads to a dichotomy where governments can either gain access to their citizen’s private messages, finances and other personal data or they can’t. The situation is black and white: People are either able to use encryption or they live in a surveillance state.

In an increasingly digital age, both of these political factions would desire what effectively amounts to surveillance in order to bring their values into the digital realm. The libertarian right is the only quadrant that may have no desire or need for mass surveillance.

Peter Thiel and Reid Hoffman on the Topic

This new paradigm for politics was discussed by PayPal Co-Founder Peter Thiel and LinkedIn Co-Founder Reid Hoffman at the Hoover Institution at Stanford University in 2018.

This contrast between crypto and big data was originally brought up by Thiel in terms of centralization and decentralization.

Thiel expanded on this idea, noting that AI is about big data, governments controlling all of that data, those governments then knowing more about their citizens than they know about themselves and governments attempting to hold society together through centralized control rather than spontaneous order. He pointed to the Chinese Communist Party’s love of AI and hatred for crypto as a more direct example of this philosophy in practice.

Hoffman tweaked Thiel’s libertarian versus communist analogy and stated, “You could say it’s [anarchy] versus rule of law.”

Thiel added, “I would say AI is a much more transparent world — the centralized world is more transparent. And then the question you go and ask is: What’s the opposite of transparency? Is it criminality or is it privacy?”

Where Will This Take Us?

This move toward digital privacy as the key divider between political ideologies has implications that are difficult to predict. It’s unclear what happens next.

The most interesting development may be with left libertarians, who will need to decide whether or not they actually care about online privacy, because Bitcoin has created a situation where financial privacy on the internet is possible.

In reality, there are limits to the concept of crypto anarchy. While things like Bitcoin may make it more difficult to collect taxes in some instances, governments will be able to evolve in order to protect their revenue streams. Taking the tax issue to the extreme, government employees can still show up at property owners’ homes with guns and demand tribute.

Of course, this assumes that the advocates of online privacy will win out over the authoritarians from an ideological perspective. It’s still unclear whether much of the population cares about protecting its personal data from the likes of Facebook, Google and government agencies.

At the end of the day, technology is on the side of those who are in favor of strong privacy, which makes it more difficult to control. How this all plays out may depend on how violent leftists and authoritarians are willing to get in order to protect the idea of a centralized, controlled society on the internet.