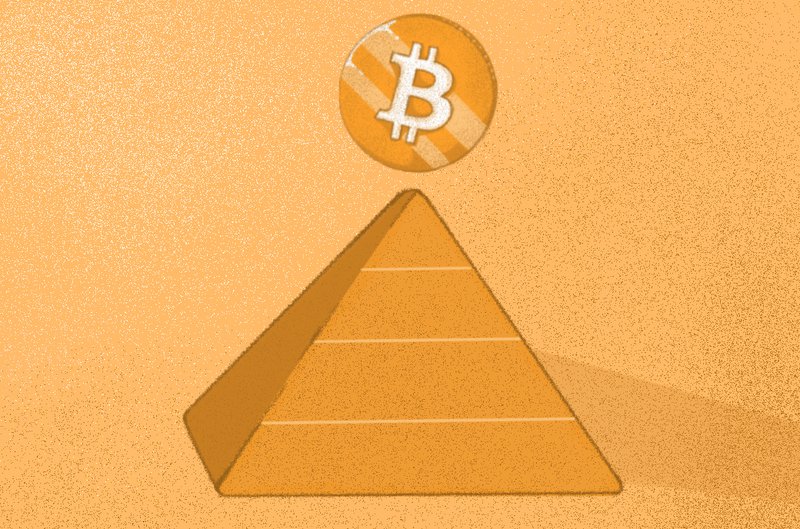 
The accusation that bitcoin is nothing more than a Ponzi scheme is perhaps the oldest, longest-standing criticism of the digital bearer asset. The basic idea is that there is nothing of value here and the entire purpose of bitcoin’s existence is to enrich Satoshi Nakamoto and the speculators who bought in for a few pennies or dollars in the early days by tricking others into buying in at a higher price.

The key characteristic of a Ponzi scheme is that returns promised to early investors in a nonexistent enterprise are paid out with money put into the scheme by later investors. These sorts of scams fall apart when there are simply no new people to scam into “investing” in the project. At that point, the early investors stop receiving a return on their initial investment and it becomes clear the whole scheme was based on lies and deceit rather than some sort of legitimate investment strategy or product.

Bitcoin is clearly not a Ponzi scheme for two key reasons: (1) bitcoin exists to provide real value and utility to its users, and (2) bitcoin does not require new investment to keep working.

I’ve already debunked the argument regarding bitcoin’s supposed lack of intrinsic value in a separate article, but it’s important to cover that again as it’s also part of the Ponzi scheme claim. In a Ponzi scheme, there is no product, business plan or investment strategy that leads to returns. Instead, the money to pay old investors comes from new investors.

With bitcoin, investors are simply utilizing or speculating on the price of a digital money. Over the years, bitcoin has illustrated its value as an apolitical digital money, and those who are buying it today are using it as a money — or at least as a store of value.

Additionally, bitcoin doesn’t need new users to enter the system at all for current users to benefit. Notably, bitcoin’s current 3.8 percent emission rate will drop to around 1.9 percent after next year’s halving event.

In a world with that low rate of supply growth and a constant user base (no old users leave and no new users arrive), a bitcoin user should be able to purchase more goods and services than they could have with that same bitcoin a few years earlier due to the inevitable increased efficiencies of the global economy provided by improvements in technology and other factors.

In other words, bitcoin would be providing real utility as a store of value in this hypothetical scenario.

It should also be remembered that bitcoin’s emission rate will continue to be cut in half every four years until all of the bitcoin that will ever exist have been minted, at which point the emission rate becomes 0 percent.

All Forms of Money Are Ponzi-esque

Many different arguments have been made around bitcoin as a Ponzi scheme over the years, but the one made by Nobel Prize-winning economist and New York Times columnist Paul Krugman in January 2018 is the perfect example for debunking another aspect of the Ponzi scheme claim.

In his post on the matter, Krugman pointed to the words of fellow Nobel Laureate Robert Shiller and referred to bitcoin as nothing more than a bubble that would eventually end badly for everyone holding the asset:

“But what about the fact that those who did buy bitcoin early have made huge amounts of money? Well, people who invested with Bernie Madoff also made lots of money, or at least seemed to, for a long time.

“As Robert Shiller, the world’s leading bubble expert, points out, asset bubbles are like ‘naturally occurring Ponzi schemes.’ Early investors in a bubble make a lot of money as new investors are drawn in, and those profits pull in even more people. The process can go on for years before something — a reality check, or simply exhaustion of the pool of potential marks — brings the party to a sudden, painful end.”

What Krugman writes here isn’t wrong. But the key issue with his argument is that it also applies to every other form of money, including his favored U.S. dollars. As AngelList co-founder Naval Ravikant has said in the past, money is a bubble that never pops.

It should be remembered that the U.S. dollar was bootstrapped as a money through an initial tie to gold. There was at least some connection between U.S. dollars and gold until then U.S. President Richard Nixon closed the gold window in 1971.

With this in mind, it’s useful to take Krugman’s arguments against bitcoin and apply them to gold. Sure, gold has some non-monetary use cases (e.g., electronics and jewelry), but the vast majority of its value comes from the widespread speculation that it is useful as money (or at least a store of value).

In other words, those who were early to see gold’s value as a form of money benefited as that point of view became more prevalent around the world. Now, what does that sound like?

So, Krugman is correct to bring up the “naturally occurring Ponzi scheme” argument when it comes to bitcoin. And the International Monetary Fund (IMF) has also made that claim in the past.

The gold Ponzi scheme was the original basis for the U.S. dollar’s value, and now its value is based on the U.S. government’s ability to properly manage the world’s most liquid and popular reserve currency. Will that last forever? History indicates that it won’t.

This means, on a long enough time scale, the U.S. dollar is a Ponzi scheme too.

Three reasons why Ethereum price is going to $5,000