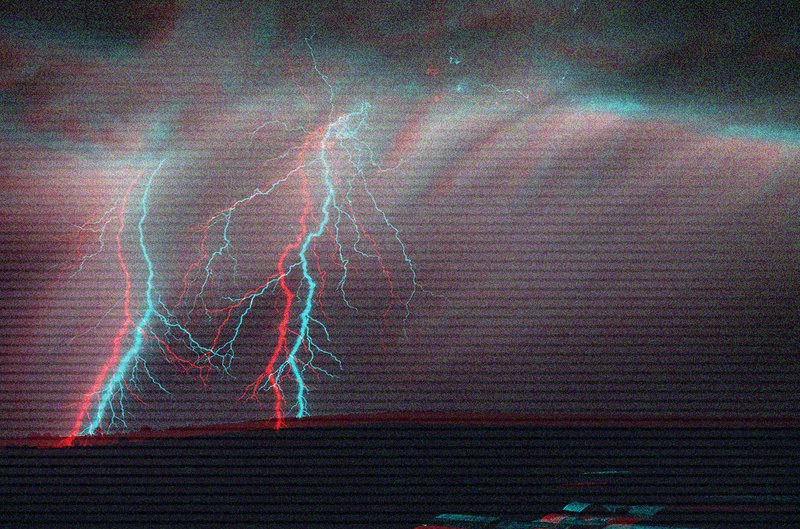 
To Bitcoin or Not to Bitcoin

During the “scaling debate” before the SegWit2X user-activated soft fork (UASF), Bitcoin businesses were getting their first bitter taste of Bitcoin’s censorship resistance. They wanted change to be easier. They wanted their influence to be effective. They wanted to take shortcuts. Unfortunately for them, Bitcoin was created to resist control. Entities that seek to position themselves against Bitcoin are choosing a path of perpetual hypocrisy and frustration.

Those who follow me in interviews might be tired of hearing this, but each Bitcoin business has the choice of making Bitcoin its best friend or its worst enemy. The signers of the New York Agreement chose to make Bitcoin their biggest problem and, to this day, most of them have only gotten worse in this regard.

How can you tell the difference between a genuine Bitcoin business and an enemy? It’s simple! Sincere Bitcoin businesses focus on providing utility to Bitcoin and Bitcoiners, whereas antagonistic businesses maximize their ability to exploit their customers by securing as much of their value into their own custody as possible. That is the battle line. They are actors that want to compete with the old system, but there are true Bitcoin entities that work to delete the old system instead.

Back then, the big blockers claimed they merely wanted lower fees to make room for the billions of people clamoring at the imaginary gates of Bitcoin. But most of these businesses waited forever to activate SegWit, and some major ones still don’t even batch properly. They pollute our blockchain, withholding these efficiencies from their customers. Instead, they barrage new entrants with traps upon arrival, literally bribing them to learn about useless shitcoins and tokens.

Bitcoin is here to delete custodial trust and provide a new circular economy.

Fast forward to the present and we have a new paradigm that has grown on top of Bitcoin. The Lightning Network anchors onto Bitcoin, providing a new way to transact. It is faster, less expensive, and capable of handling higher capacity. This is the first time we can truly use Bitcoin in a peer-to-peer fashion, instantly, within a much, much different protocol environment, an environment where you simply do not need to give trusted custody to receive centralized services.

But the former NYA SegWit2X players are mostly ignoring Lightning, with the most notable exception being Bitfury and their Peach project. More than 50 businesses supposedly wanted better Bitcoin scaling and supported forking Bitcoin. Now the great majority of those businesses aren’t helping with development, funding, products or services for the Lightning Network.

I’m not convinced fiat businesses like Coinbase can convert from being enemies into allies of Bitcoin. They are deeply invested into the State and traditional finance, employing strategies that leverage their relationships with them. They don’t understand how to design a new type of business that can actually profit from providing utility to Bitcoin. Thankfully, some of us do get it, and we’re gonna eat their lunch.

I’m so excited about all the ways we can build on Lightning. The fact that most Silicon Valley, VC-backed businesses aren’t interested in Lightning is embarrassing. We have a huge head start, but we need to start behaving more intentionally and strategically to capture it.

Big blockers like to taunt Lightning supporters by pointing out how Lightning Network completion seems to perpetually be 18 months away. It’s an unfair perspective considering how far we have come. It’s probably silly to think programmable money will ever be “done” at all.

However, we have to be careful not to prove them right. In my opinion, Bitcoin and Lightning are at a turning point, and it is finally time to begin the Bitcoin Revolution. We have to ride the line between endlessly making tech and endlessly making toys. It’s time to start solving problems for people with actual products and stop making features for the sake of demonstrating tech. It’s time to start helping people break the rules with Bitcoin and to make Lightning irresistible to businesses and consumers.

The war to delete custodial Bitcoin as a concept has begun. The foundation for a circular Bitcoin economy is being laid out as I type. Pick up a hammer and get in here!

We keep saying that blockchain-not-Bitcoin is stupid. We keep mocking ICOs. But these projects keep getting all the investment dollars! That is about to change.

In this new economy, a new type of Bitcoin business is emerging that will address following product cycle: Trust > Hybrid Trust > Trustless.

Until now, many businesses focused on providing trusted services that require or encourage the customer to relinquish custody of their coins. Lightning expands business opportunities to enable hybrid, or momentary, trust, as well as trustless services.

I believe this will result in an environment where smart entrepreneurs can identify products that people need in the interim between now and when all commerce can be trustless, advancing their products to require less and less trust over time with new technologies.

The Center for Decentralization

Lightning removes the trust aspect of centralization and creates new dynamics to leverage trust, reducing risks to mere inconveniences. This is a design tool for us to utilize. This is what Bitcoin commerce has been waiting for.

Familiarize yourself with the concept of hybrid trust: the temporary trust a business earns via reputation and their incentive to maintain it. This might sound like babble upon first reading it, but you can look at Bitrefill’s Thor Turbo channels for a great example.

Thor Turbo channels can also follow the product path I mentioned earlier by going from a service purchased within the Bitrefill.com platform, to a Bitrefill white label API service, to a native protocol service in every node that could also be mapped when routing to instantly open new paths. Still with me?

Bitcoin was always a push payment system, but Lightning allows businesses to get creative with it because we don’t have to break the protocol to change rules for new products and services.

Consensus Is Not Required in the Lightning Network

The landscape on the Lightning Network is such that it allows for subnetworks and external networks to be interoperable. While there is a BOLT specification process, it is only necessary if you want to get a feature into the consensus of cooperating developers, not the consensus of users.

The nature of the Lightning Network being truly peer-to-peer allows for you to have special rules with any peer or set of peers. This is a feature Bitcoin’s base layer isn’t very good at. Use it.

Here is an example of a recurring question I overheard at the New York Blockchain Week conferences last week:

“When do you think they will raise the Lightning channel size limit?”

“When Lightning Labs is ready, I guess.”

I have tons of respect for Lightning Labs and everyone on that team. I met many of them for the first time last week, and it was truly a delight to talk shop with them. I have so much to thank them for, but I cannot allow this misconception to grow.

There is no such thing as consensus on the Lightning Network; instead, we have compatibility. That means you can literally break the rules of the majority, as long as there are other people that have an incentive to break the rules with you.

Let me let you in on a little secret. Objectively speaking, Bitrefill is running the most economically relevant nodes on the Lightning Network and demonstrating the concept of a Lightning Service Provider (LSP) in its early stages by creatively leveraging hybrid trust to provide utility to real consumers.

Lightning payments are currently at 5 percent of unique payments received by Bitrefill, growing at a rate of ~35 percent monthly.

People are asking a lot from us and putting some pretty big expectations on our shoulders. A little bit of that is our fault for being Lightning cheerleaders in the media, but most of it is just pure natural market-demand behavior. Users are using our platform to secure real utility.

I am surrounded by all of this every day, and now all kinds of cool observations are becoming apparent to me. We don’t have to perform acrobatics to route transactions because everyone already likes being connected to us. We don’t have to question whether to do more with Lightning because the market is quite literally demanding it.

We don’t have to wait for permission to make new Lightning products.

It sounds scary, doesn’t it? Bitcoin has a playground now, and it’s kind of a big deal.

While decentralization is very necessary to make Bitcoin work, it is not necessary to advance Lightning’s usefulness.

I see a LOT of Lightning projects, wallets, games, labs and businesses popping up, but I’d like to see some consolidation and cooperation, both for efficiency and for the users’ sake. I do not want to use a different app for everything, nor do I want any of my favorite apps to be abandoned.

If Lightning is a marketplace of implementations and services, that means there will be winners and losers. Entities are competing for funding, users and overall uptake within the network.

These dynamics are evident at Bitrefill already. Some of our nodes use the Eclair implementation because the other implementations don’t support the tech necessary to provide Thor Turbo channels. Turbo channel buyers have to use Bitcoin Lightning Wallet on Android for the same reason. Should Bitrefill lobby all wallets and implementations to add support? Should we submit a BOLT when we already know some developers don’t appreciate this feature? Should we wait for Bitcoiners to complain to their favorite wallet providers to implement support? Should we make our own wallet and skip these concerns?

I’m not sure if cooperation will merely result in consolidation or if it can transcend competition in this environment, but I’m sure everyone will try all angles to stay agile.

Now that Bitcoin and Lightning can actually advance in a path that the market demands, we should be more strategic about the projects we choose to invest our time and money on. Start thinking like a product manager, UX designer and business development person all at once. Zoom out, plan and be intentional.

I hope no one sees this post as hostile to Bitcoin or anyone involved in Lightning Network development. I’m trying to share my observations in hopes they will accelerate Bitcoin’s inevitability.

If I have time, I will do a follow up post going deeper into the interesting kinds of products you can create if you leverage a little centralization and some of Lightning’s unique qualities.

… Or, I will keep the ideas to myself and get back to work!

As Bitcoin Rallies Back to $51K, Ark’s Cathie Wood Says She’s “Very Positive” on It