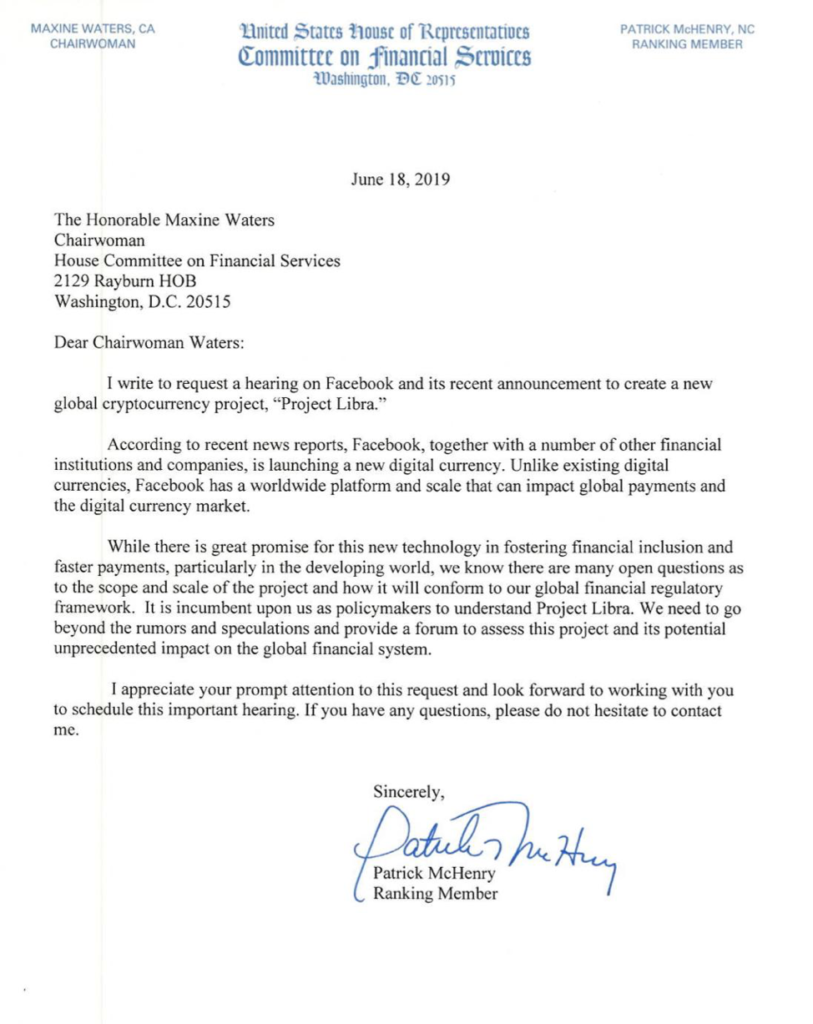 Regulators Are Already Breathing Down Facebook’s Neck Over Libra

It’s barely been a day since the libra white paper was released and regulators are already taking aim at Facebook’s new digital currency.

Officials in Europe didn’t waste any time chiming in on the announcement. While the crypto industry and everyone else were still collecting themselves, political leaders from France, England, the U.S. and Germany reacted to the news with a mixture of skepticism and caution. One has even gone as far as to ask Facebook to cease development so regulators can play catch up to evaluate it.

“It is out of the question … It can’t and must not happen,” he said.

Le Maire went on to request that central bank governors for the Group of Seven (the U.S., U.K., Canada, Italy, Spain, France and Japan) collaborate to prepare a report for its July 2019 summit.

Marcus Faber, a German representative on the European Parliament, echoed these calls to action. He told regulators that they need to be vigilant in their scrutiny of what amounts to a “shadow bank.”

Others were less keen to raise the alarm while still being prudent, namely, Bank of England Governor Mark Carney. Speaking at the European Central Bank’s yearly meeting in Portugal, he advocated approaching libra with “an open mind” but not so open that the project isn’t subject to “coordinated” regulatory constraints.

“Anything that works in this world will become instantly systemic and will have to be subject to the highest standards of regulation,” Carney said, per Bloomberg.

In the United States, Representative and House Financial Services Committee Chair Maxine Waters made it known that she thinks libra is a privacy hazard.

“With the announcement that it plans to create a cryptocurrency, Facebook is continuing its unchecked expansion and extending its reach into the lives of its users,” she said in a statement on Tuesday. She added that Facebook “has repeatedly shown a disregard for the protection and careful use of this data.”

“Given the company’s troubled past, I am requesting that Facebook agree to a moratorium on any movement forward on developing a cryptocurrency until Congress and regulators have the opportunity to examine these issues and take action,” she said.

Furthermore, she hoped the announcement would be a “wakeup call [for regulators] to get serious about the privacy and national security concerns” cryptocurrencies pose, as no clear regulations and investor protections currently exist. Other congressional members share Waters’s concerns. Republican Representative Patrick McHenry wrote in a letter to Waters, stating that Congress “need[s] to go beyond the rumors and speculations and provide a forum to assess this project and its potential unprecedented impact on the global financial system. Rep. McHenry proposes that Congress hold a hearing on libra, a process which Mark Zuckerberg knows all too well.

Democratic Senator Sharrod Brown also expressed his reservations, stating that “Facebook is already too big and too powerful, and it has used that power to exploit users’ data without protecting their privacy.”

The common concern here is Facebook’s tainted track record for grossly irresponsible (and arguably unethical) management of user data. Both the libra white paper and its project head, David Marcus, have emphatically expressed that private Facebook user data and financial data will not intersect, but U.S. politicians appear unconvinced.

France’s Le Maire said that libra will allow Facebook to amass even more data. This financial and digital panopticon aside, Le Maire also expressed concerns over money laundering and terrorist financing, a curious concern given that such actions would be much less feasible on a permissioned, censorship-susceptible network like Libra than on a permissionless network like Bitcoin.

The post Regulators Are Already Breathing Down Facebook’s Neck Over Libra appeared first on Bitcoin Magazine.

Which coins can repeat the rise of DOGE?