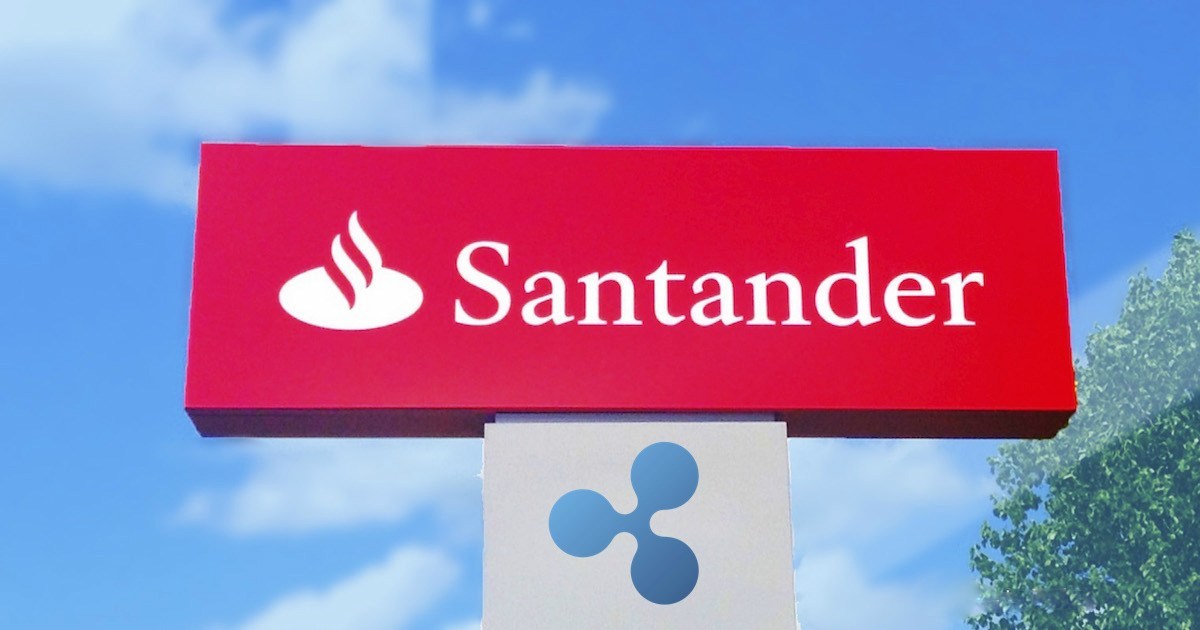 Ripple: Banking giant Santander expands use of One Pay FX

As Crypto News Flash already reported, Ripple and Banco Santander have been working together for several years. Santander has been experimenting with the use of blockchain since 2018 and has been innovative with this new technology from the beginning. In cooperation with Ripple, the App One Pay FX was developed and its use is now being further expanded.

Ripple explains in a new article that the development of the app is financed by the innovation fund “InnoVentures”, which was founded in 2014. The bank’s customers are increasingly asking for alternative solutions to traditional online banking in order to be able to process transactions at transparent prices and in real time.

As One Pay FX Chief Technology Officer (CTO) Ed Metzger stated, the bank’s customers never knew what the exchange rate would be or what the fees for transfers will be:

Customers told us that they never knew how much money was going to get to their recipient because it was never clear what the exchange rate would be or what fees would be charged.

Customers continued to criticize the lack of transparency as to when the payment arrived at the recipient, usually it took 3 to 5 days, far too long. Families in financially weak regions depend on the payments to survive. By using One Pay FX, Santander can now even process cross-border payments in real-time. Metzger explained:

Some payments on One Pay FX now happen instantly. I made a payment recently from an account I have in Spain to one in the UK and received text alerts about the transaction from both accounts within seconds of one another.

The App One Pay FX was recently launched in the UK, Poland, Brazil and Spain. Metzger describes how the app is attracting new customers who would otherwise have had to resort to other expensive remittance services to make real-time international transactions. Today, One Pay FX is available in over 19 countries worldwide, including the United States, Chile and Portugal.

Ana Botín, CEO of Santander Bank, states that more than 50% of the total transaction volume is now processed via the App One Pay FX and that the expansion is to be continued:

Being part of RippleNet has helped us to forge sustainable and scalable relationships with other financial institutions around the world. By offering more customers a better way of sending money abroad, we’re achieving our goal of helping people and companies prosper.

Banco Santander is the largest bank in the euro zone and serves customers in more than 140 countries worldwide, making it one of the largest banks in the world. The connection to RippleNet has helped Santander to expand its own partner network and to make new contacts with other giants of the financial industry. Santander has also seen a strong increase in the number of existing customers switching to One Pay FX.

By Definition, Bitcoin Is Still in a Bear Market: Why This Will Soon Change