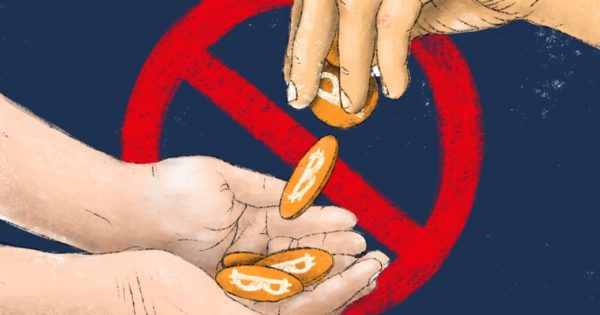 
According to local reports, Russia’s Ministry of Internal Affairs and other law enforcement agencies are developing proposals to confiscate cryptocurrencies. These proposals could evolve into Russian laws as soon as 2021.

“Russia plans to develop a legal mechanism for the seizure of virtual assets for their confiscation,” according to a translated report from RBC. “The relevant proposals should be prepared by December 31, 2021 by the Ministry of Internal Affairs together with [federal financial monitoring branch] Rosfinmonitoring, the Prosecutor General’s Office, the Investigative Committee, the Justice Ministry … the Federal Customs Service and the Federal Security Service with the participation of the Supreme Court.”

Decentralized, blockchain-based cryptocurrencies like bitcoin would be very difficult, if not impossible, to confiscate. The initial report did not elaborate on how, specifically, the government would seize cryptocurrency under a new regulation.

Many Russians have a positive relationship with cryptocurrencies. Ironically, even the government has had its hand in blockchain- and cryptocurrency-based initiatives.

President Vladimir Putin met with Ethereum co-founder Vitalik Buterin in June 2017, leading many to believe it was a signal of support for digital currencies from the Kremlin. The president also attended the St. Petersburg International Economic Forum that same month, where he claimed that enhancing the Russian economy and increasing average income could be achieved through the adoption and acceptance of “innovative technologies.” One of Putin’s aides leased an abandoned aluminum plant located in northern Russia to a Bitcoin mining company.

However, regulation around cryptocurrencies in Russia has been a tad murky.

In May 2019, local news medium Fontanka reported that Dmitry Medvedev, the Russian prime minister, had dismissed the issue of regulating cryptocurrency. While speaking at a legal conference in St. Petersburg, the lawmaker had explained that cryptocurrency may have lost its appeal to the masses.

“Nowadays, the popularity of cryptocurrency has decreased, and regulatory issues may not be so relevant,” he argued.

So, those who advocated for regulations believed that Russia would get its day when crypto prices rose again. And prices did rise. Bitcoin surged to about $13,500 in June 2019, but this didn’t move the Russian government, as many had expected, to regulate the sector.

But some progress toward cryptocurrency regulation clarity in Russia was made this year.

Called Russia’s “digital rights act,” it defines smart contracts and digital tokens in a legal sense. Whether it was due to the involvement of his aides or just a fascination with the technology, President Putin seemed ready to open Russia’s doors to the innovative technologies that he touted in St. Petersburg.

Cryptocurrency Regulation as an Effort to Fight Crime in Russia

However, any cordial relationship between cryptocurrencies and the Russian government appears to be fraying. And this may be exacerbated by the fact that some high-profile crimes in the country have been connected to cryptocurrency.

On November 4, 2019, police in St. Petersburg reportedly got an anonymous letter from a man who threatened to set off explosives at several train stations across the country if he wasn’t paid 50 BTC (worth about $460,000 at press time).

In October 2019, Denis Baykov, a maintenance worker at a nuclear warhead facility in the western town of Sarov, was handed a $7,000 fine after he and two of his co-workers were found trying to mine bitcoin with the facility’s supercomputer. The Sarov nuclear plant is registered as a state secret, and by connecting the supercomputer to the internet, the three men risked compromising the facility’s security to hackers and other external threats.

But instead of reversing the progress that Russia has made with regulations or banning cryptocurrencies (in the way countries like China and India have), the Kremlin is now looking to ensure complete oversight and control over their use.

Konstantin Golikov, co-owner and CEO of digital rewards platform DailyRich, explained to RBC that success in a government-led initiative to confiscate cryptocurrencies would require clear regulations on how it classifies digital assets. This may allow cryptocurrency-based businesses to operate more easily in the country.

“If law enforcement agencies begin to discuss the forfeiture of cryptocurrency, then, in fact, they are launching a mechanism for legalizing cryptocurrency on the territory of Russia,” he said, adding that, while the Russian Central Bank might resist this, there are already many precedents for cryptocurrency seizure by a court decision.

As for the prospect of going through with confiscation, there are still plenty of questions. As RBC noted, cryptocurrencies are generally kept on exchanges or in private wallets. These assets can’t be taken by anyone without access to the wallets, and in most cases, only the owners (and perhaps the asset custodians) have access to them.

If the government wants to get its hands on these assets when it pleases, it may require the cooperation of asset holders. In any case, this effort would have to be preceded by more regulatory clarity.

Attempting to Create a Decentralized Internet