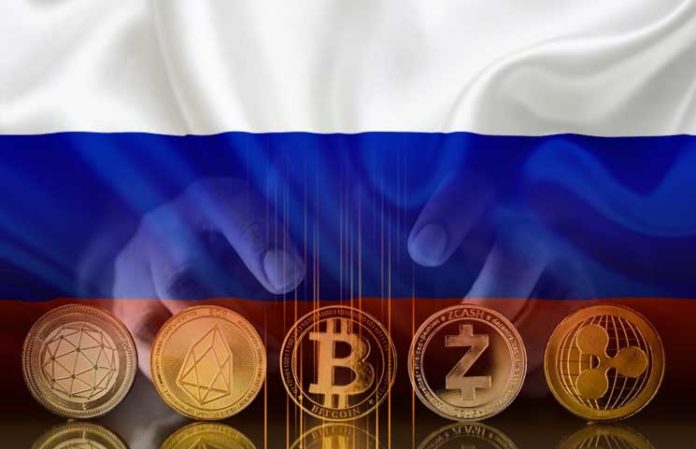 The digital asset industry at large might have reached an unceremonious dead-end in Russia.

Based on newly drafted bills, the purchase of Bitcoin or any other cryptocurrencies with cash is set to be criminalized as the Russian parliament may enact a law that would make the usage of digital assets illegal in the country.

According to a Russian news outlet RBC, the State Duma proposed multiple numbers of bills that were associated with the circulation and issuance of cryptocurrency. The documents were published on the Telegram channel named “OrderCom” where its authenticity was confirmed.

However, Anatoly Aksakov, head of the Duma Committee on the financial market indicated that the version of the bill drafted was not set in stones at the moment.

It was suggested that the first bill in place would regulate the digital assets in Russia which indirectly meant that the issuance of crypto assets will be prohibited in the nation. Organizations and Institutions will not be allowed to accept digital asset payments or entertain any form of crypto transactions.

The 2nd drafted bill would introduce the criminal code associated with illegal operations with cryptocurrencies. RBC’s report stated that administrative responsibility would sanction fines against individuals for organizing the illegal trading of crypto assets. The amount of sanctions has been highlighted below:

Legalization of the bill would end innovation in Economy

A country that was recognized as a ‘pro-crypto nation’ before was changing its stance and a part of the community involvement in the crypto space in Russia was getting increasingly tense.

Dr Dmitry Galushko, Director General of OrderCom LLC, PhD indicated that young computer scientist and software developers that were already involved in the space face a terminated of their regular work and the adoption of the bill may inadvertently put a stop to the development of an innovative economy.

“If the Russian Federation plans to create a digital economy, then a completely different approach is needed – not to ban, but to provide an opportunity to develop innovative ideas and projects, technologies.”

Now, a glimmer of hope still remains considering the bill is not enacted yet but if the law is passed, the crypto-currency landscape might get widely affect in the European region as Russia’s absence might influence other nations to take similar steps as well.

Ethereum Price Analysis: ETH/USD may retest $200.00 before the recovery is resumed

Bitcoin News Today – Headlines for May 24

This Trigger Will Push Bitcoin To New Heights