SafeMoon price has broken out of a parallel channel that has sealed the asset in consolidation since May 25. The rise in SAFEMOON has been propelled by CEO John Karony after he revealed a significant involvement in the cryptocurrency space.

SafeMoon price has been freed from the declining resistance trend line that has kept SAFEMOON locked in consolidation in the past weeks.

SafeMoon CEO John Karony recently revealed on social media that the project’s chief blockchain officer was involved in the Dogecoin and SpaceX partnership. He stated:

We have no issues with Dogecoin. Fun fact, the SafeMoon chief blockchain officer was involved with the Dogecoin x SpaceX partnership.

SafeMoon price reached a breakout high of $0.00000490 following the announcement. SAFEMOON appears to have broken out of the descending parallel channel that has trapped the cryptocurrency since late May.

Now, SAFEMOON has risen above the 23.6% Fibonacci extension level, which acts as the first line of defense for the asset. SafeMoon must hold this level as support before the reversal of fortune could be validated. 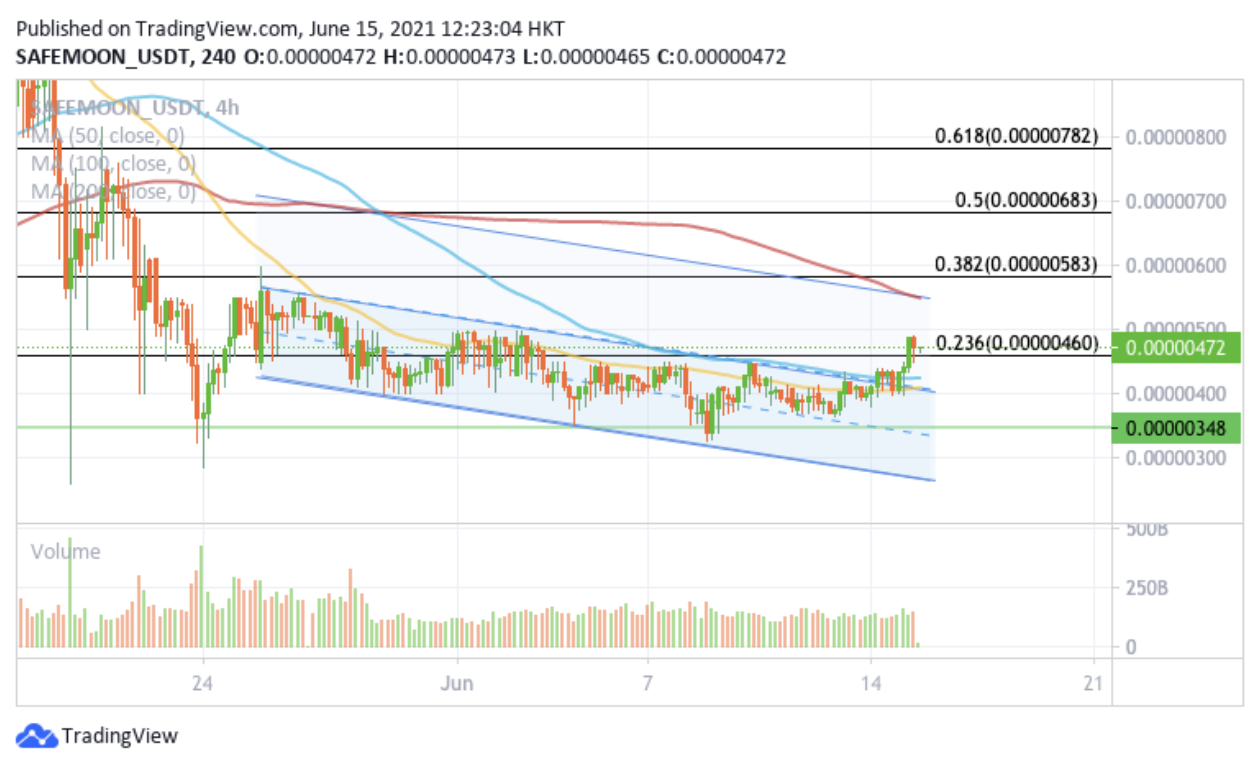 Based on the governing technical pattern, an upside target could be measured for SafeMoon. By drawing a parallel channel above, a target of a 17% upswing for SAFEMOON could be expected, reaching $0.00000552. This measured target coincides with the 200 four-hour moving average, adding credence to the bullish thesis.

Should SafeMoon fail to galvanize investors’ enthusiasm and witness a decline in buying pressure, SAFEMOON could retest the middle boundary of the parallel channel at $0.00000348.

Despite Slump in Crypto Prices, Bitcoin ATMs More Than Doubled in 2018