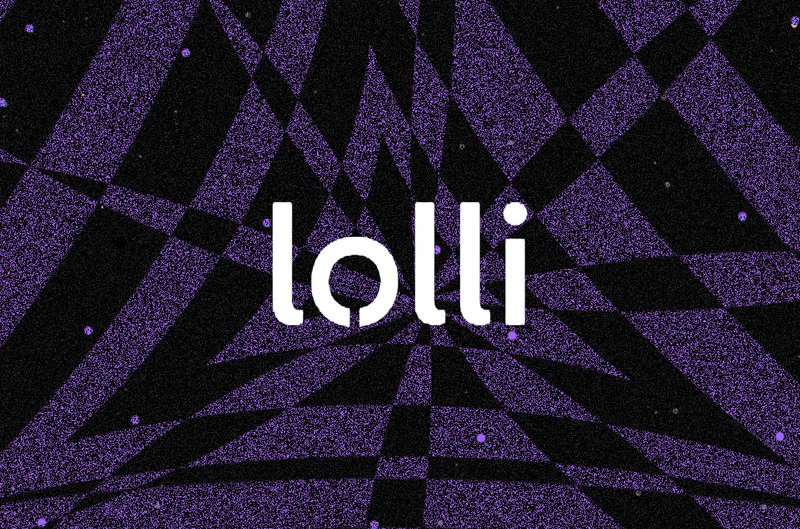 Sats Back: How the Ebates of Bitcoin Plans to Convert Holders to Spenders


“The merchants don’t want the banks either — that’s the alignment no one talks about. Look at what Kroger did. They pulled out of Visa. The retailers are on the good side.”

Alex Adelman, co-founder and CEO of Lolli, should know. After graduating from the University of North Carolina at Chapel Hill in 2011, the entrepreneur started Cosmic, an e-commerce gateway “with the idea to democratize commerce, allowing anyone to buy anything anywhere,” he told Bitcoin Magazine. The company, after an initial acquisition by PopSugar Inc., would end up in the hands of e-commerce cashback giant Ebates, and Adelman and his CTO, Matt Senter, would stay on staff after the buyout.

Now, the duo are taking their experience working at Ebates and their original dream to “democratize commerce” to a new network of technology and clientele: Bitcoin.

From Cash Back to Sats Back

While working at Ebates, Adelman told us that he learned “why people buy, how people use cashback programs,” — the hows and whys that would eventually lay the foundation for building Lolli’s bitcoin-back platform.

From craft beer memberships to VPNs to clothing, you can shop for just about anything on Lolli, though Adelman says travel is the most popular category (this is perhaps due to the fact that most airline booking sites, like CheapOAir, which accepts crypto as payment, give a flat rate in bitcoin back rather than a percentage).

Like Ebates’ own model, Lolli’s is simple and enticing: Shop online with Lolli’s participating retailers and earn a variable amount of bitcoin back as a reward. Launched just six months ago, the platform already has 10,000 active users, Adelman told Bitcoin Magazine, and it’s struck up partnerships with retail and online service leaders like Walmart, Overstock and Bookings.com. These are just a few names out of the 500 partners Lolli has brought to the platform as it continues to sprout and grow.

The seeds for the company were sown over five years ago when Adelman was on a trip to New York while he was still building Cosmic. He was couch surfing at the time while navigating the choppy waters of New York’s sea of industry, attempting to form partnerships and secure capital for his first startup.

Adelman said he doesn’t like the “Hollywood-ization” of those moments when the entrepreneurial light bulb clicks on and a business idea shines forth. But he also said that, if he could pick a moment when the initial spark for Lolli’s conceptualization was kindled, it was one fateful night at a New York bar when he met the soon-to-be co-founder of Blockstack, Ryan Shea.

“A couple of years into [Cosmic], we learned about bitcoin. On a trip to New York, I bumped into Ryan Shea randomly through a friend of a friend at a bar, and he had just learned about bitcoin and he talked my ear off for like three hours. And everything he said resonated with me,” Adelman said.

“Everyone has that friend or that moment. I was obsessed. Everything we were building was on top of fiat rails and all breakages we were seeing were with payments. We were getting taxed by every single one of these layers that has no real purpose or reason.”

Still, it would take years of careful deliberation and focus before Adelman and Senter would go full bitcoin with Lolli. Adelman’s glad they waited, telling Bitcoin Magazine that he doesn’t think they “would have had the same success if we tried to implement it five years ago.”

Originally, though, the team wasn’t going to build it for Bitcoin. After leaving Ebates, Adelman said that he and Matt toyed with Solidity to see if they could build a DApp for this use case. He was on a bit of an altcoin kick, he admits, and thought that Ethereum might be a good fit for the platform. That was until he took a walk in Washington Square Park with friend and [ ]Arjem Balaji.

“I was talking about some of the stuff we were building in Solidity and he asked pretty bluntly, ‘When’s the last time you read the Satoshi Whitepaper?’ And truthfully, I hadn’t read it in a couple years. It’s so basic, so I felt like I knew it,” he said.

“I read it again, and it hit me like this source of truth. And speaking candidly, I said, ‘What am I doing? Everything’s in Bitcoin. That’s where it starts.’”

“So I started the concept for this idea that was so simple: Ebates but for bitcoin. Giving people cash back in the form of bitcoin as a way to distribute bitcoin to more people.”

Between Adelman’s background of shopping Cosmic to retailers over the last seven years and Senter’s developing skills, “all these things beautifully came together, and Matt and I just started building.”

Matt hammered out a prototype in “about two weeks,” and Adelman began shopping around this beta to some retailers.

Today, Lolli continues to grow and, as it grows, Adelman believes that not only will it bring more people into the bitcoin ecosystem to passively earn the cryptocurrency, but it will eventually convert holders into users. Then, the companies that participate in the sats-back program will be incentivized to accept bitcoin as more users leverage the program and show interest in spending their bitcoin on actual services.

“The next stage — these earners are going to become spenders. Once they hold bitcoin, they’re going to want to spend it.”

For now, though, he says that the retailers are just happy to have the additional coverage. It wasn’t hard to convince them to play ball, he told us, because much like with Ebates, the cost is negligible and can be seen as a marketing expense. Lolli drives users to their sites because, like with Ebates, “people are loyal to [the service], not the particular brands.”

After these users purchase goods on these sites, Lolli receives a commission from that purchase and they credit the user’s account with bitcoin that the company buys from “top OTCs,” Adelman said. He emphasized that all user information is anonymized (the retailers don’t see names, only user IDs when someone shops using the service) and that the company does not make money by selling data, a misconception that the company has been crusading against online.

When asked whether or not the platform would expand to other cryptos, Adelman said he’s a big believer in free markets, and that people can spend their bitcoin or trade it for other cryptos if they wish. So, for now, he’s loyal to bitcoin, and he would rather focus on enriching the platform’s functionality before adding support for other coins.

In the works, for instance, is a category search function that will allow users to type in the item or services they’re searching for on the site to streamline their search. Until that feature is ready, customers can reach out to Lolli customer support to request an item and they will search for participating retailers to find the best deal for you. Adelman believes that this human factor and customer service will ultimately allow his new company to outcompete the legacy cashback company he came from.

“It’s all about good branding. We want people to associate good customer service with bitcoin. And if we can do that, it’ll mean more people defaulting to Lolli for bitcoin over Ebates in the long run.”