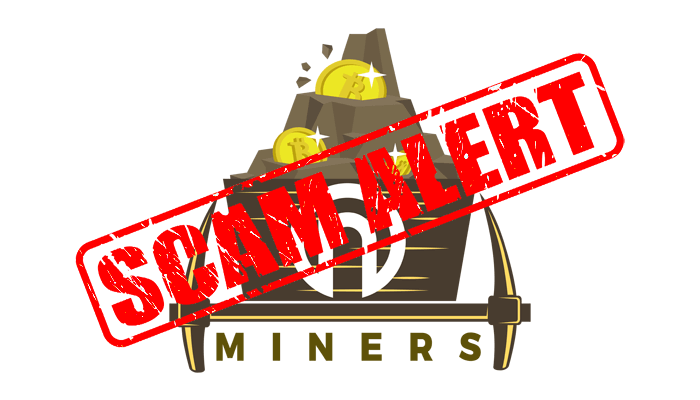 OnMiners.com, a new cryptocurrency-mining company from Luxembourg, appears to be a scam.
In a press release on Business Wire, the company writes that it distinguishes itself by being the first company ever to introduce so-called “extraordinary series of endothermic cryptocurrency mining rigs.”
These mining rigs would have hashrates that are many times higher than the current ASIC chips on the market while they would also use less energy.
OnMiners would offer mining rigs of 140, 270 and 1020 terahashes, while the fastest of the competition does not exceed 50. The company offers this equipment for prices between $ 4,500 and $ 30,000, but only accepts bitcoin (BTC), ethereum (ETH) and litecoin (LTC).
The cryptocurrency community soon found the place smelly. After a brief investigation, the bulk of the OnMiner website appears to be fake or copied.

For example, the team photos were taken directly from the stock photo website Shutterstock and the names do not correspond with the real people in the photos.
OnMiners also paid the company Fiverr for making a fake promotional video with “actors” who are not part of the team of the company

The photo of the business location has also been photoshopped. OnMiners apparently stole a photo from the Norbella company and then incorporated her logo into it.

Furthermore, OnMiners has all sorts of large buttons on its website with so-called recommendations from large websites such as Reuters and Business Insider, but none of the buttons are actual links.
Youtuber Mr. Sotko says that this is a scam:

The owners of OneCoin, such a cryptocurrency scam, were recently sued in the United States. The founders, Konstantin Ignatov and his sister Ruja Ignatova, allegedly generated more than $ 3 billion in sales with a crypto-related pyramid scheme.
Mark Karpeles, former CEO of the bankrupt cryptocurrency-exchange Mt. Gox, was convicted last week for falsifying financial data.
Coinbin, a South Korean cryptocurrency exchange, had filed for bankruptcy at the end of February for embezzlement.
A legal investigation is currently underway into QuadrigaCX, a cryptocurrency-exchange from Canada, which owes its users $ 190 million, but cannot pay because the owner would have died and had sole access to the cryptocurrency-wallets.
Cryptocurrency-exchange Kraken offers $ 100,000 for the golden tip in the QuadrigaCX case.

BitTorrent token, unlike other cryptocurrencies, is a big plus

Twitter-BTC Hacker Graham Clark May Have Done This Before

Stellar Price Prediction: Is XLM/USD pair set to break above $0.30?