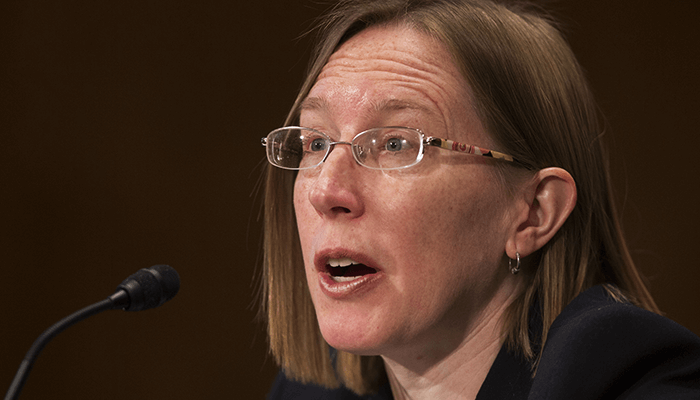 SEC committee member Peirce on bitcoin ETF: do not cheer too soon!

Hester Peirce, member of the Securities and Exchange Commission (SEC), says that a bitcoin (BTC) exchange-traded fund (ETF) should not be expected soon, according to the Washington Examiner on Tuesday 12 February.

Hester Peirce, also known as “Crypto Mom” ​​in the Bitcoin community, said during an event at the Bipartisan Policy Center in Washington that she can not speculate about when a bitcoin ETF is going to be approved.

We have our methods. These are subject to a very specific timetable in which we have to act within a certain time, and that will depend on it. And those are very esoteric rules about whether it happens or not, so I can not speculate about the timing.

The committee member indicates that she does not consider the chance that a bitcoin ETF will still be approved in 2019. She does indicate that she is busy trying to convince her colleagues.

You all know that I am working to convince my colleagues that they should be more open when it comes to cryptocurrency.

Last week an interview fragment leaked with committee member Robert J Jackson Jr. from which he said that a final approval of a bitcoin ETF is most likely, but he also did not want to speculate about a date.

Hester Peirce said earlier this week during a speech at the University of Missouri that the SEC is working on additional guidelines for cryptocurrencies.

Peirce announced last year that she did not agree to reject the Bitcoin ETF proposal of the Winklevoss twins. She also fought for the proposal of the Chicago Board Options Exchange (CBOE) and VanEck. That proposal was postponed several times. In January the proposal was withdrawn due to the shutdown of the American government and later it was resubmitted.

Chairman of the SEC, Jay Clayton, said late last year that the SEC is showing reticence about a bitcoin ETF due to concerns about market manipulation and the absence of market surveillance and security systems.