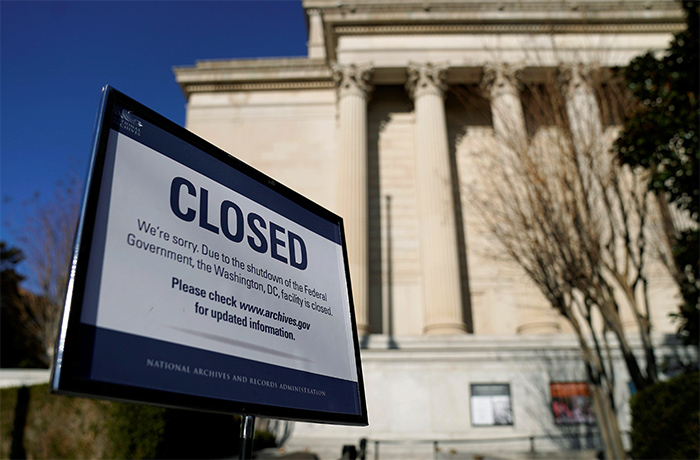 The American government has been closed for almost a month because of disagreement over the government budget. The Democrats find the amount that Trump wants to spend on the border wall too high. As a result, various government agencies are closed and staff receive no salary. The Securities and Exchange Commission (SEC), the securities market regulator in the US, must also cease all its administrative activities.

However, this does not mean that the deadline for the decision on the VanEck / SolidX Bitcoin ETF is also postponed. It will remain on 27 February, despite the supervisor’s almost complete standstill.

Legal expert Jake Chervinsky wrote in a Tweet that the process was already in motion before the shutdown started, so that deadlines remain:

This does not change anything about the ETF deadline, which is imposed by statute and cannot be delayed further. I stand by the following:https://t.co/1EpAv1B0Nm

It is not permitted by law to postpone further. The shutdown does not lead to an exception to the deadline under 15 U.S.C. §78s (unless someone can point me to a statute or a rule that indicates otherwise). 27 February is and remains the last deadline for a decision on the ETF.

If the shutdown lasts until after the deadline, it is possible that the application is automatically approved. However, according to Chervinsky, this is virtually impossible since the SEC has enough staff to type a small document with a decision:

It is true that a proposed rule change is automatically approved if the SEC does not take a decision within the deadline, but in reality this would never happen. The SEC has enough staff to make a decision before the deadline, even if it’s just an A4 with “Rejected, explanation comes later”.

How long the shutdown still takes is unclear. Trump announced yesterday that he will make a “big” announcement about the shutdown later today.