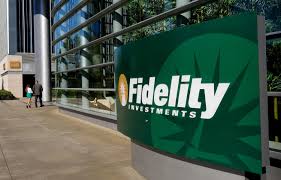 Fidelity Digital Assets said institutional sentiment was improving in relation to cryptocurrencies. “[A]lmost 80% of investors surveyed finding something appealing about the asset class,” it said.

But what’s far more interesting is right down in the guts of the survey. Talking about how institutional investors are increasing their portfolio allocation to cryptocurrencies – the top one, unsurprisingly, being bitcoin – it goes on to say, “22% of U.S. respondents invested in digital assets have exposure via futures, which is a substantial increase relative to 9% of U.S. investors surveyed in 2019.”

The survey, which took place between November and March, spoke to 774 institutions in the U.S. and in Europe, with 393 coming from the U.S. That means around 86 U.S. institutions traded crypto futures this year, compared to just 40 in the 2019 survey.

Boston-based Fidelity Investments is one of the largest asset managers in the world. In a press release, it claims to have more than $7.9 trillion worth of client assets under administration. In 2018, it unveiled its digital assets wing to provide custody and trade execution services for U.S.-based institutional investors. In December last year, it set up a new entity to service institutions in Europe.

The survey, which was released Tuesday, also found 36% of respondents – 279 institutions in the U.S. and Europe – were currently already invested in digital assets. Hedge funds and venture funds were the two buckets with the greatest exposure, although Fidelity also found a strong showing among family offices and high-net-worth individuals (HNWIs).

“These results confirm a trend we are seeing in the market towards greater interest in and acceptance of digital assets as a new investable asset class,” commented Tom Jessop, president of Fidelity Digital Assets.

At the time, CryptoCompare CEO Charles Hayter said the increase may indicate a “more sophisticated, diverse class of investor” coming to the market.

CoinDesk reached out to Fidelity for more information such as whether the products were solely bitcoin-based futures and which platforms, like BitMEX or CME, institutions were using to buy crypto futures.

In an email, a spokesperson said: “We did not get into specifics on platforms in the survey so I don’t have any additional info to provide on this point.”