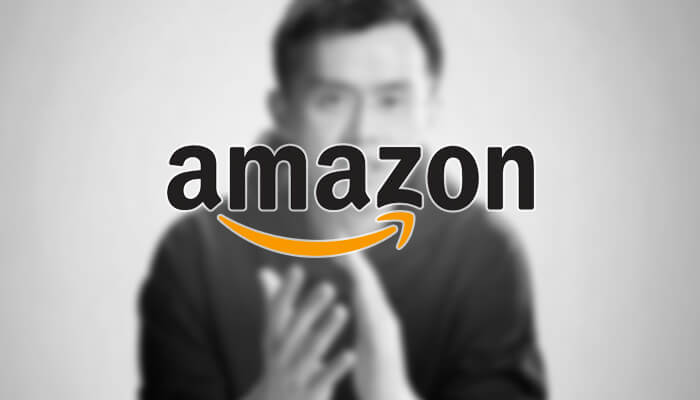 After WorldFirst announced via an e-mail that it is discontinuing its activities in America, Amazon seems to be in trouble. Amazon uses WorldFirst as payment processor for payments on the platform. The CEO of Binance says he has the solution to the problem that Amazon is dealing with.

Last year it became clear that Ant Financial, the parent company of the Chinese company Alipay, could not take over Amazon’s payment processor from the Committee on Foreign Investment in the United States, which is probably a consequence of the ongoing trade war between China and the United States. WorldFirst therefore decided to cease all its activities in the US in order to make the acquisition possible.

Amazon will therefore have to find a new payment processor. WorldFirst withdraws from 15 February. Amazon says it is already in conversation with one of the competitors of WorldFirst, Payoneer. However, Changpeng Zhao, the CEO of the world’s largest cryptocurrency exchange, says he has a better idea. He tweeted about the issue:

I can not understand that not all (non-physical) internet companies accept crypto for payments. It is easier, faster and cheaper to integrate than traditional payment gateways. Less paperwork. And achieved a more diverse demography and geography.

For any internet (non-physical) based business, I don’t understand why anyone would not accept crypto for payments. It is easier, faster and cheaper to integration than traditional payment gateways. Less paperwork. And reaches more diverse demographic and geography.

The potential buyer of WorldFirst also seems to be pushing for more blockchain technology in the economy. The parent company of Ant First, Alibaba, has already applied for 89 blockchain patents in China. With the acquisition of WorldFirst, the Chinese company hopes to further develop its services beyond the borders of China.

China is generally fierce against cryptocurrencies, so crypto exchanges are forbidden. However, the country does relatively much research on blockchain technology. This research will ultimately help develop the total crypto industry.

Eosfinex by Bitfinex Inches Closer to an EOS Mainnet Launch