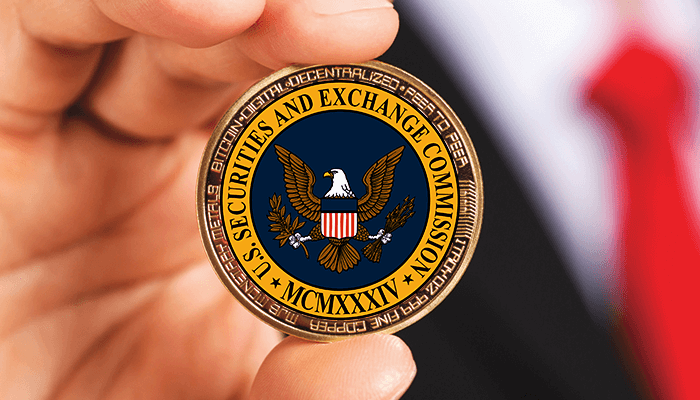 The application of VanEck / SolidX and the Chicago Board Options Exchange (CBOE) appeared on February 20 in the federal register, which means that the first 45-day period in which the SEC must make its first decision has begun. The SEC can approve the proposal, reject it or it can postpone the decision. You can postpone several times.

The SEC has a maximum of 240 days to reach a final decision. The VanEck proposal was initially submitted last year and the decision on this was then postponed by the SEC several times. In January, the application was withdrawn again due to the shutdown of the American government. Shortly thereafter, the application was resubmitted.

The second application comes from Bitwise Asset Management and the New York Stock Exchange (NYSE). This application was also submitted in January and the first 45-day period for this application already started last week.

This is the first time since August 2018 that two bitcoin ETFs are on the table at the same time as the SEC. Whether this is an approval this time is of course the big question, but the chances seem bigger than last year.

Although the ETF has not yet been approved, investors and consultants are already very enthusiastic about the fund, given that it is professionally managed and offers easy access to the ‘best-in-class’ custody, trading, (tax) reporting, and the safe possibility to participate in events such as hard forks and airdrops.

Two weeks ago, SEC commissioner Robert J Jackson Jr. said. in a leaked interview fragment that a final approval of a bitcoin ETF is most likely.

However, committee member Hester Peirce, also known as the “Crypto Mom” ​​as she is a supporter of a bitcoin ETF, said recently that an approval of a bitcoin ETF can still be delayed.

At a recent event, Hester Peirce and Brian Quintenz of the Commodity Futures Trading Commission (CFTC) said they want to work together to better regulate the cryptocurrency market.

Will This Vulnerability Finally Compel Bitmain to Open Source Its Firmware?

The Rise of SIM Swapping: How and Why Bitcoiners Need to Protect Themselves