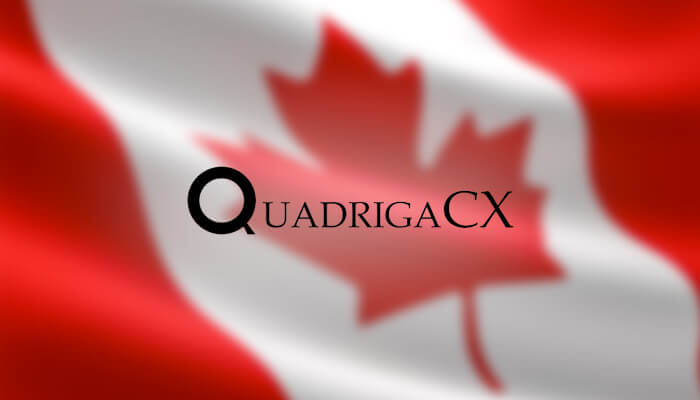 After the death of Gerald Cotton, CEO of the Canadian crypto exchange QuadrigaCX, it seems that some $ 180 million in customer deposits are being lost. The CEO, who died in India in December 2018, was the only one who had access to the wallets of the exchange.

The regulator of the securities markets of British Colombia, a province of Canada, the British Columbia Securities Commission (BCSC) says that QuadrigaCX is not under the supervision of the regulator since the traded assets on the exchange are not classified as securities. The victims therefore do not have to count on support from the BCSC in the form of an investigation or compensation. In response to the situation, the spokesman for the regulator wrote an email to Bloomberg:

[BCSC] currently has no indication that Quadriga CX, the crypto trading platform, traded in securities or derivatives or acted as a marketplace or stock exchange under the securities laws of British Columbia.

It is well known that Canada does not have a cryptocurrency-friendly policy. QuadrigaCX previously accused the five largest banks in Canada of working against the platform. According to the crypto exchange, they did so purely and simply to delay the acceptance of crypto in the country.

The national regulator of the securities markets in Canada, the CSA, also advises investors to be cautious about investing in crypto. Ilana Kelemen, spokesman for the regulator, told Bloomberg:

The CSA continues to urge the Canadians to be cautious when considering purchasing crypto-assets through trading venues.

It remains unclear through this news how the situation for the clients of QuadrigaCX will expire. It was previously known that Cotton would have worked his testament 12 days before his death, so that his wife would inherit all his possessions. A large group of victims thinks, despite the fact that at the beginning of this year a death certificate leaked with the information about his death, that Cottons death is part of a so-called exit scam.

Ripple Price Prediction: XRP downtrend not over as bears target another 10% drop