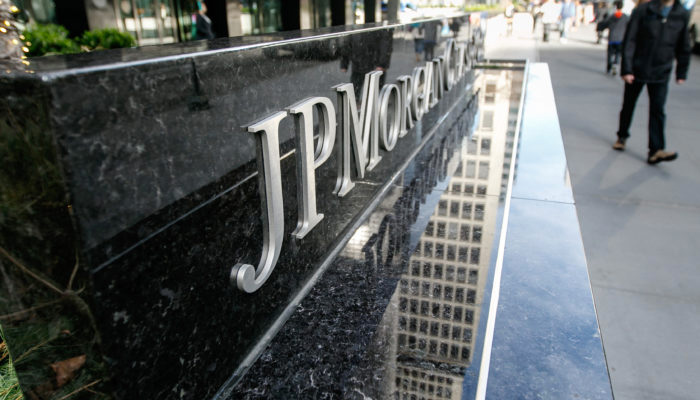 Was JPM Coin the reason for the recent revival in the crypto market?

In the past few days we have seen a significant increase in the cryptocurrency market. Both bitcoin (BTC) and most altcoins rose sharply, a revival that seemed to come from nowhere. But according to an article by Bloomberg, it is a reaction to the JPM Coin announcement.

JPM Coin is the cryptocurrency of the largest bank in the United States, JP Morgan Chase. The cryptocurrency is linked to the dollar and is therefore also called a stablecoin, which means that the value is stable. With the crypto business customers of the bank can handle bank transactions almost immediately. JP Morgan is considering extending the use of the crypto if the experiences are good in the coming period. The bank announced the crypto last week and according to Bloomberg the market is responding to it now.

Bitcoin is approaching $ 4,000 for the first time since the beginning of the year, because the largest cryptocurrency received a delayed boost due to the announcement last week that JPMorgan developed a prototype of a cryptocurrency. The bank plans to use this to accelerate payments between business customers.

When the Bloomberg Crypto shared the article on her Twitter page, it got to do with a lot of crypto fans who did not agree with those statements. Some even called the article “fake news”. But from various sources it appears that the announcement of JPM Coin probably had an influence on the recent revival.

Bitcoin is getting a delayed boost from the announcement that JPMorgan has developed a digital coin to speed up payments between corporate customers 📈 https://t.co/L9eQ5YBxZ2 pic.twitter.com/mAvqXj8ZQe

A source within a hedge fund told the Abacus Journal that everyone in the United States knows JP Morgan, and that it is therefore not surprising that new interest in crypto arises when the bank announces its own crypto:

Every adult with a bank account and a job knows who JP Morgan is. So the announcement of a native cryptocurrency brought new interest in the market, interest that had decreased considerably during 2018. My wife even asked me about the day after it was announced. The huge bounce in volumes in bitcoin and, for example, bitcoin futures on the CME are indicative of the wave that caused the announcement.

With the launch of its own cryptocurrency, JP Morgan hopes to stay ahead of other large institutional banks in the ‘blockchain arms race’. Large traditional institutions such as Goldman Sachs and now also JP Morgan investigate blockchain. Blockchain is expected to completely turn the financial world upside down, but when this will happen is still unclear. According to the governor of the Federal Reserve, it will be a slow race that may take 10 to 15 years.