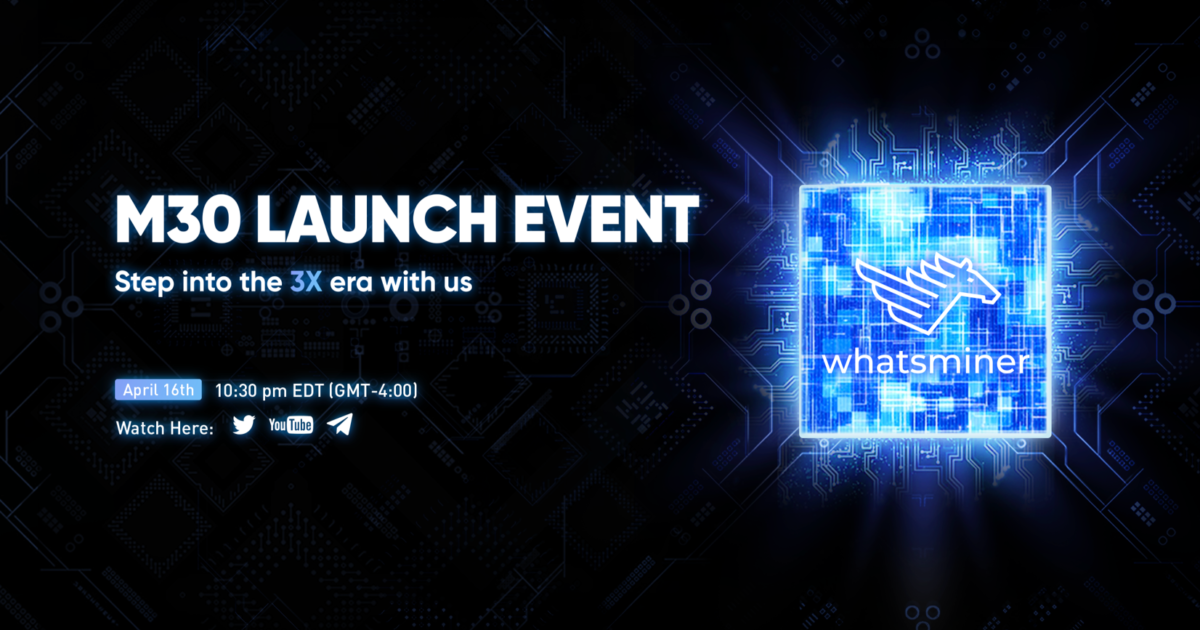 Bitcoin Magazine presents non-stop coverage of Bitcoin’s third Halving with hours of commentary and analysis from Bitcoin 2020 speakers and some of our closest friends.

Ring in the new bitcoin halving cycle the right way: with us!

In order to
survive and develop, miners must gain a comparative advantage over their peers.
The game theory of miner behavior in a Bitcoin halving event is actually quite
interesting. Blockware Solutions, a cryptocurrency mining service provider,
conducted a detailed analysis of the situation.

In early
December of last year, mining machine manufacturer MicroBT announced the
parameters of the WhatsMiner M30 series, indicating that the power consumption
ratio of the entire series of bitcoin mining rigs would be lower than 50W/T,
which caused concern among cryptocurrency mining practitioners.  In mid-May this year, Bitcoin will usher in
the third halving of its block subsidy in history, also regarded as a critical
period for the computing power of the entire Bitcoin network. Miners are also
updating their equipment for the arrival of the halving.

In the
current epidemic situation, miners and people in the entire cryptocurrency
industry are in a difficult winter period. At this difficult time, MicroBT
hopes to spend the time with users and stick to their beliefs. At 10:30 pm EDT on
April 16th MicroBT will hold the Global WhatsMiner M30 Launch Event
to explain in detail the full lineup of the M30 series products and sales
strategies.

The new
product launch event in the bear market starts as a bonfire in the cold winter.
Bitcoin mining senior experts in F2Pool co-founder Wang Chun,
and Blockstream
CEO Adam Back showed their blessings for the event in videos.

In the
current epidemic situation, the online event can break the shackles of physical
space by going digital and delivering the latest news of the M30 launch efficiently.
Since MicroBT announced the news of the new product launch of the WhatsMiner
M30 series, it has aroused concern among peers in the mining and blockchain industries.
Therefore, MicroBT has also been sharing the latest news through its twitter
and telegram group.

In addition
to the official community, MicroBT is also accelerating the expansion and
improvement of the company’s internal and external business. MicroBT is
expanding in overseas markets and improving the quality of after-sales
services. It has officially established a cooperation with HMTech which has
become the first after-sales partner of WhatsMiner in North America. In terms
of user operations, Jorden Chen, who is experienced in traditional industry
operations, serves as the COO of MicroBT, bringing mature management and
operational experience to the emerging bitcoin mining industry, which has enabled
MicroBT’s business operations and customer service capacity to grow rapidly.

Various actions have revealed MicroBT’s eagerness to improve user operations and after-sales service, from a relatively primary operation promotion method to a more professional service method, and more actively understand users’ feedback. The exchanges enable users to understand WhatsMiner more comprehensively and conveniently, which reflects the determination of MicroBT to deeply cultivate the industry and carefully serve users, so that the new WhatsMiner M30 series can provide help to more miners and overcome difficulties.

The Global
WhatsMiner M30 Launch Event will be taking place this Thursday April 16,
10:30PM (EDT). There are three ways to watch online: