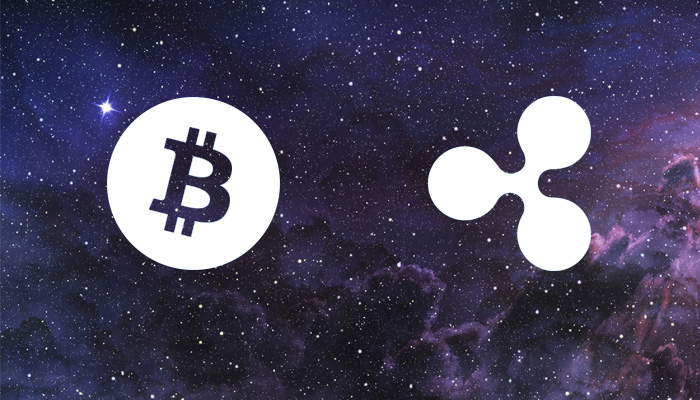 Yesterday we mainly saw a lot of slight increases on the crytpom market, and for a moment it seemed that we would again be a huge price jump. Bitcoin (BTC) broke an important resistance. Ripple (XRP) is currently having a difficult time.

At the time of writing, the price of bitcoin (BTC) was $ 5,193 on Bitfinex after falling 2.2%. In recent days we have seen that the price level around $ 5,330 was a difficult resistance for bitcoin. BTC tested this price level up to three times, and failed to break it three times. Last night it finally seemed to work.
Within just over an hour, bitcoin rose from around $ 5,290 to a new all-time high (ATH) for 2019 at $ 5,488. So it seemed that bitcoin would make a new leap, as we saw on April 2. However, the opposite happened.
While many traders were likely to have buy orders open just above the aforementioned resistance, many of them decided to grab their profits when bitcoin formed a new ATH for 2019. BTC corrected straight down after the small rally. Even the supports at $ 5,200, $ 5,150 and $ 5,100 were broken. A low was formed at around $ 4,950. At the moment it is unclear whether bitcoin can again exceed the support of $ 5,200. The support at $ 5,150 is therefore important to keep an eye on.

Where bitcoin saw a sharp rise, that was less the case with ripple (XRP). Ripple has been struggling with the resistance at $ 0.3630 for several days. After XRP tapped this resistance for about the fifth time, the price corrected sharply downwards.
After XRP plunged straight down, the support seemed to offer a rescue at $ 0.3520, but this price level was also broken after a few hours. The result was a further fall in the XRP price.
Ripple eventually found support at $ 0,3300, and has since climbed up slightly again. At the moment, XRP is 4.5% down with a price of $ 0.3378 on Bitfinex.

HUPAYX Makes Paying in Cryptos as Easy as Fiat, Gets Ready to Connect 400,000 Merchants in South Korea » NullTX