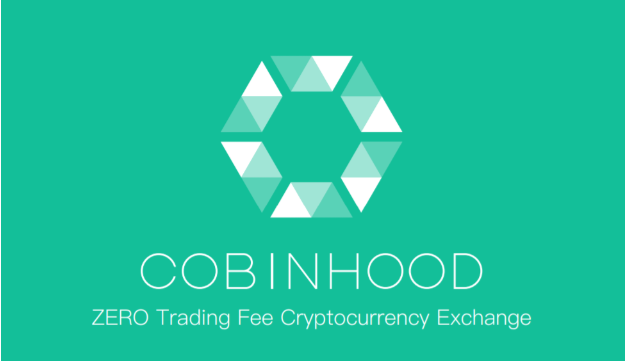 There appear to be numerous conflicting pieces of information regarding the Cobinhood cryptocurrency exchange. While it is evident for everyone to see the company is struggling, tales of its exit scam are vastly overstated. Moreover, there is plenty of DXN token drama, which also affects this trading platform at an unfortunate time. There are still a lot of unanswered questions, but it seems the company will continue to operate for the foreseeable future.

Anyone who has kept a close eye on what is happening to Cobinhood may have noticed the company is struggling. Ever since one of the founders left the company – some claim he was fired from the position – there have been a lot of questions as to how things would progress for the trading platform as a whole. It is not uncommon for companies to see their founder depart or get fired after a while, and most firms will not suffer any real problems because of it.

In the case of Cobinhood, however, this may have been the start of a wave of problems. More specifically, it seems the co-founder was forced to leave the company due to “emotional instability and liable personal behavior”. Those are some serious allegations, although Chen never officially stated the claims are incorrect. Since that time, there have also been claims as to how the exchange will be dealing with financial problems sooner or later. A bit odd, considering how the company raised millions of dollars through its own Initial Coin Offering.

That was later on confirmed by the company. Users were taken aback by the message of how the company would potentially run out of funds in the next two years. Customer holdings were never affected in the process, but it is evident this message does not bode well for this cryptocurrency trading platform. Even so, at the time, the company stated business would resume as normal, at least for the time being.

Last week, however, a new announcement was made. Cobinhood would officially begin to downsize and reduce its active staffers to just 30. That in itself would not hinder the company’s day-to-day operations, nor would it reflect upon users in any way. Another clear warning sign something was amiss, although the service continued to operate as normal without too many problems. Users are still able to withdraw and deposit funds without hindrance, and that situation should not necessarily change in the coming weeks and months.

Cobinhood is not just a regular trading platform. They also provide ICO services to companies and projects. While Initial Coin Offerings are seemingly no longer as popular as they once were, the DEXON team partnered with Cobinhood to raise the necessary funds. That round of investment was completed successfully recently, as roughly $3m worth of funds were collected in rather quick succession.

Over the past two to three days, DXN also got listed on Cobinhood for trading. More specifically, the team behind DEXON could sell their own tokens, whereas the rest of the investors were unable to effectively do so. This has created a massive DXN price decline in rather quick succession, which only fuels the speculation as to whether or not Cobinhood is doing something nefarious. So far, that has clearly not been the case, albeit the massive DXN sell-off is reflecting badly upon the platform which facilitated the token sale.

To put this in perspective, the DXN trading chart seemingly confirms a lot of tokens are being dumped by the team themselves. With the price falling from $0.15 to $0.02022 in very quick succession, a lot of buy orders were wiped on the exchange without too many problems. This is not uncommon behavior when a new ICO token makes its way to an exchange. In fact, back in 2017, this was an almost daily occurrence, yet it seemed things have calmed down a bit ever since.

Ever since that massive dip, the DXN price has begun to rebound quite sharply on Cobinhood. So much even that there is plenty of buy support to keep the price near the $0.12 mark at this time. As normal users cannot sell their tokens as of yet, it seems the rebound may offer a glimpse of hope. It is unclear if the DEXON team has any additional tokens to sell at this time. If that were to be the case, things could get rather hairy in the future.

All of these circumstances have also caused the Cobinhood token – known as COB –  to go through a massive price decline. More specifically, the value per COB is down by over 60% across the board, in the past 36 hours. This in itself allowed even more people to believe Cobinhood had effectively pulled an exit scam and how they are now selling off their own tokens. However, the price of COB – both in ETH and BTC value – is rebounding as well after a rough day. There is still plenty of volatility, but the price has begun climbing higher again. Very odd developments, to say the very least.

The Bankruptcy Claims are Real

On the internet, there will always be some clams which are not factually correct. Some people state how Cobinhood has filed for bankruptcy, which is not the case. It is true its parent company  Cobbingham Digital Finance Co, Ltd has indeed filed for bankruptcy this week, although this will not cause Cobinhood to stop functioning. It is possible this bankruptcy rumor is the main reason why the price of COB collapsed, as can be seen above. Other factors may be at play as well since there is still a lot of uncertainty at this time.

The bankruptcy claim of Cobbingham Digital Finance is not nefast for Cobinhood for a very specific reason. Cobbingham is a subsidiary of Blocktopia Inc, which will ensure Cobinhood can continue to operate for the foreseeable future. Until the official paperwork is submitted, there will be plenty of speculation as to how things will progress from here on out. For exchange users, it would appear there is nothing to be concerned about just yet, but those who can withdraw funds from the platform might be better off doing so as quickly as possible.