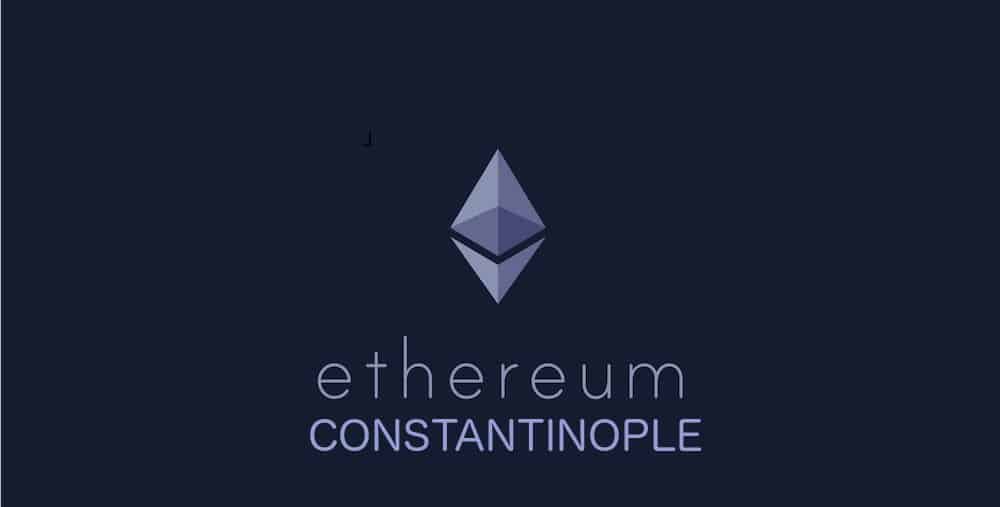 Constantinople, the Ethereum hardfork is all set to happen on January 16, 2019.  Three of the major cryptocurrency exchanges are all set to support the Ethereum Hardfork.

Those who are not aware of this
long-planned hard fork are late. About two weeks ago, Ethereum hit the low at
$82 and had ever since doubled in value. This is in direct response to the
hardfork.

It is expected that the fork will
improve the scalability issues of Ethereum, thus improving its efficiency and
economic viability.

Constantinople, the key milestone
version of Ethereum’s roadmap to version 2.0 is all set to alter the protocol from
proof of work (POW) to proof of stakes (POS).

The changes in Constantinople are
small when compared to the primary plan of Ethereum.

Gas is the transaction limit used
in Ethereum transactions.  The rewards
for validating blocks is provided in Gas.

The sooner Constantinople is
activated, the nodes operating on this new fork program will become
incompatible with the previous version of Ethereum.  This will lead to the hardfork of the
Ethereum blockchain.

The Constantinople update will
include new opcodes that will do the job of delaying the “difficulty bomb” in
mining.

Peter Szilagyi, the team lead at
Ethereum stated that the Ethereum Protocol would Fork with the activation of
Constantinople when the block reaches 7,080,000.

The core development team had a
meeting on January 4, 2019, and they expressed absolute confidence in the
scheduled release.

All the major Ethereum clients
have already been patched to function efficiently with the network.  The new upgrade is expected to be adopted by
the community and therefore considered to be “non-contentious.”

There are a five different
Ethereum Improvement Proposals (EIPs) which will be addressed by
Constantinople.

EIP 1234 is particularly
significant for miners. Since the difficulty bomb will be making it difficult
to solve the blocks for a truly profitable purpose, the protocol will be
transiting to proof-of-stakes. There is a lot of protocol development required
to enable a smooth transition to proof of stakes.