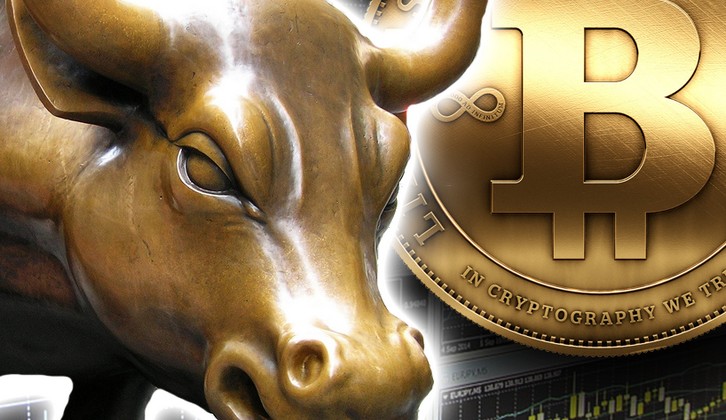 The price of Bitcoin (BTC) recently showed little volatility. The BTC price stayed around $ 3,400 in the last two weeks, but suddenly there was a change on Friday, February 8, when the price rose to almost $ 3,700.

As usual, the prices of a number of altcoins also increased. Litecoin (LTC) even saw an increase of no less than 24% in the last 24 hours. But what has caused these sudden increases? Experts mention several reasons for this.

Some experts say that the price increase was mainly caused by Litecoin and the announcement of the so-called MimbleWimble privacy protocol. In addition, the announcement by Abra, with which traditional shares and exchange-traded funds (ETFs) can be purchased with Bitcoins can be purchased as a reason. Also, the news that an approval of a Bitcoin ETF is most likely from a leaked interview fragment is mentioned as a possible catalyst.

Three well-known crypto analysts indicate on Twitter where they think the Bitcoin price will go soon. Benjamin Blunts is convinced that a bull run is imminent. The analyst expects the price of a Bitcoin to rise to $ 4,300 in the coming weeks.

looks like this ending diagonal ive been tracking for the last 4 weeks is over.

Crypto analyst Don Alt also thinks that an increase to $ 4,000 is in store.

Okay, let’s calm down the euphoria for a second.
We just hit the top of the trading range – time to take profits & derisk on both ETH and BTC.
That said the violence with which this happened makes me think 4k$ is coming. pic.twitter.com/sUbvPOPWTT

Crypto analyst Galaxy has created an ‘Adam and Eve’ double bottom chart of the Bitcoin price that shows a final price increase beyond $ 4,000.

Before prices rose on February 8, analysts were talking about a new $ 1,800 bottom, but it’s starting to look as if the well-known crypto winter might be over before it was expected.

Bitcoin May Crater to Key Liquidity Region Before Breaking $12,000