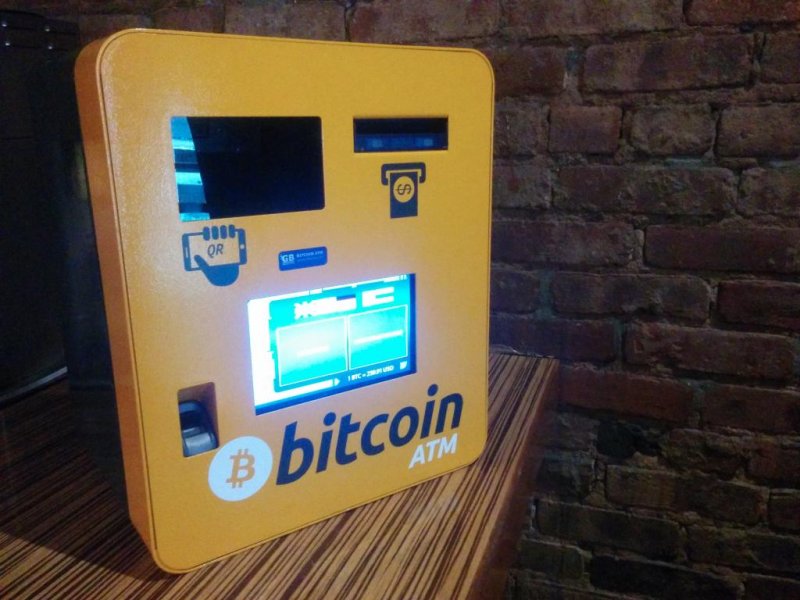 No one can deny the number of Bitcoin ATMs continues to grow by leaps and bounds.  Over 4,700 of these teller machines can be found all over the world, with the vast majority of them located in the United States. The following US States all have the most of these Bitcoin ATMs at the time of writing, although it seems likely to assume there will be some further changes down the line.

It is rather interesting to note how many of these Bitcoin teller machines have made their way to the state of New Jersey. With 177 devices throughout the state, it is evident there is a genuine market in this region for ATM operators to take advantage of. The vast majority of machines are located in Newark, followed by Jersey City. Atlantic City surprisingly just has 1 Bitcoin ATM, which puts it behind Deptford Township and Freehold. There is also plenty of room to deploy additional machines, by the look of things.

New York has Over 125 Devices

One would expect the US states of New Jersey and New York to compete a bit when it comes to deploying the most Bitcoin ATMs. So far, this battle has not disappointed, albeit there are nearly no ATMs outside of the city of New York at this time. More specifically, there is one machine in Rosedale and 1 in Sunnyside, with the other 127 ATMs all in the New York City area. It is not the most appealing region for cryptocurrency activities either, as local officials have introduced some rather harsh guidelines which companies and service providers need to adhere to.

When it comes to identifying the “hot zones” for Bitcoin ATMs, Illinois is a state which cannot be overlooked. Despite 237 of these teller machines being located in the greater Chicago region, it seems there are other places throughout the state where these machines can be found. Naperville, Springfield, Peoria, and Evanston all have multiple cryptocurrency ATMs at this time, which shows there is room for growth in other parts of Illinois as well. It will be interesting to see how this situation evolves in the coming months and years.

Although it would appear there aren’t too many discussions involving Bitcoin and Texas, the local cryptocurrency ATM industry is certainly firing on all cylinders. Over two dozen devices can be found in Austin, Dallas, and Houston. San Antonio houses nearly a dozen Bitcoin ATMs, with Corpus Christi, Amarillo, Fort Worth, and Rockwall all being home to more than one device. It seems all of the major hubs in the state offer exposure to Bitcoin in this regard, which is rather promising for the industry as a whole.

Those who venture a trip to Florida in search of better weather may also try to spot one of the hundreds of Bitcoin ATMs available in the state. Most machines can be found in Miami, followed by Tampa, Orlando, and Jacksonville. Fort Lauderdale, West Palm Beach, Fort Myers, and Miami Beach also have five or more of these teller machines to explore. A healthy rate of growth in this particular state, yet things can always be improved upon moving forward.

Whereas most US states have a lot of Bitcoin ATMs in a handful of locations, things are a bit different where California is concerned. Los Angeles, San Francisco, San Diego, and Sacramento are the main hubs, as it is to be expected. However, there is at least one Bitcoin ATM in 36 other cities or regions as well, which is rather impressive. While some would expect Fresno and Anaheim to be among the top regions as well, that is not the case at this time.

Georgia is Trying to Move up the Rankings

In the state of Georgia, cryptocurrency adoption seems to be on the rise in recent months. At least, that is what one would think when looking at the number of Bitcoin ATMs in the state. Atlanta is home to virtually all of them, although Savannah is the only other city housing more than one of those machines. Athens, Augusta, Columbus, Hephzibah, Suwanee, and Trenton all house one device, yet it will be intriguing to see how well they fare in the years ahead.

Michigan has Just one Major Hub

It is not uncommon for major US cities to be the favorite location to operate a Bitcoin ATM. After all, these bigger cities often see a lot of foot traffic, thus there is plenty of potential exposure for ATM operators. In Michigan, 120 Bitcoin ATMs can be found in Detroit, with the other seven machines distributed in Grand Rapids, Lake Orion, and Lincoln Park. With so much competition in one city, one has to wonder how things will look in a few years from now. That will mainly depend on how mainstream Bitcoin has become by then.

With over 100 Bitcoin teller machines located throughout the state of Pennsylvania, it seems this part of the US is preparing for bigger and better things. Philadelphia, the city of brotherly love, sees a healthy amount of competition among ATM operators. A total of 92 machines are found in this city, which puts it well ahead of Pittsburgh (11), Harrisburg (7) and Allentown (5). Ten other cities all have 1 Bitcoin ATM available to residents and tourists, which shows it is crucial for ATM operators to explore locations in smaller communities as well.